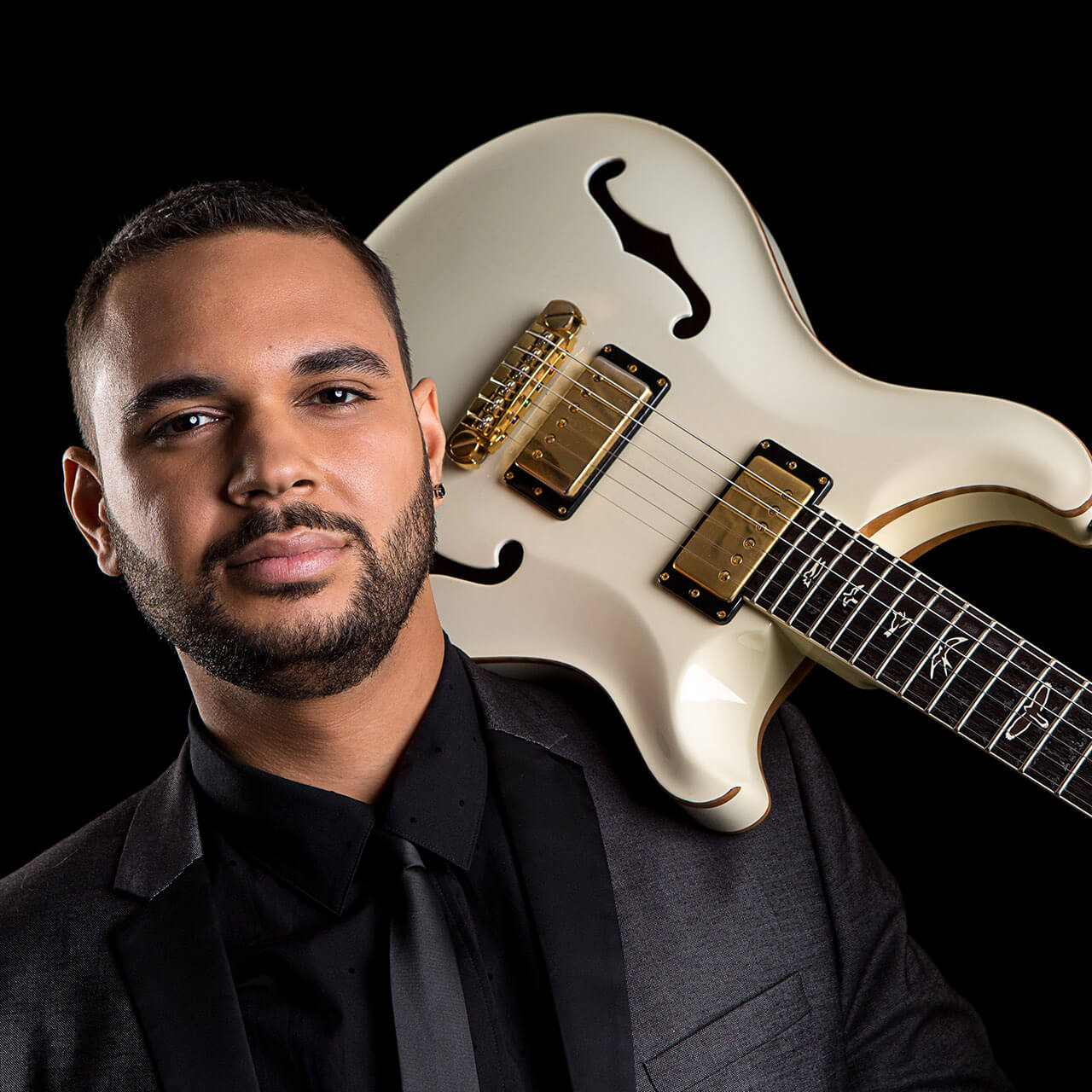 With eight #1 hits and 50+ dates per year, guitarist Adam Hawley has been charting on an unseen pace. His first two albums stormed up the charts in unprecedented fashion setting the stage for his third release, “Escape,”debuting in February of 2020. The album features guest appearances by Najee, Rick Braun, Michael Lington, Marcus Anderson, Jeff Ryan and Kat Hawley.  Honors from the third release include 2020 Billboard and SJN Song of the Year, the title track holding Billboard #1 for 3 weeks, and the record peaking at #4 on the Billboard Album Chart.

Adam signed with Kalimba Music (founded by Maurice White of Earth, Wind, & Fire) in August 2015. He was the last artist signed by Maurice before his passing. His first offering on the Kalimba label features Brian Culbertson, Gerald Albright, Euge Groove, Eric Darius and Michael Lington. And in 2016, Adam was been named both Smooth Jazz News and JazzTrax Debut Artist of the Year.

In the past several years he has distinguished himself as a go-to producer/writer/mixing engineer as well.  In March 2021 he had a total of 9 songs on the Billboard charts, including 4 in the top 30.  Credits include Blake Aaron, Najee, Phil Denny, Jeff Ryan, Ryan Montano, Richard Smith, Kim Scott, Lisa Addeo, and many more.

Before his solo career Adam spent many years as a guitarist to the stars, appearing with a who’s who list of artists in a wide variety of genres. He has shared the stage with Dave Koz, Jennifer Lopez, Brian Culbertson, Natalie Cole, Brian McKnight, Backstreet Boys and American Idol to name just a few.

He holds a Doctorate of Musical Arts from the University of Southern California and currently teaches at Saddleback College in Mission Viejo, CA.