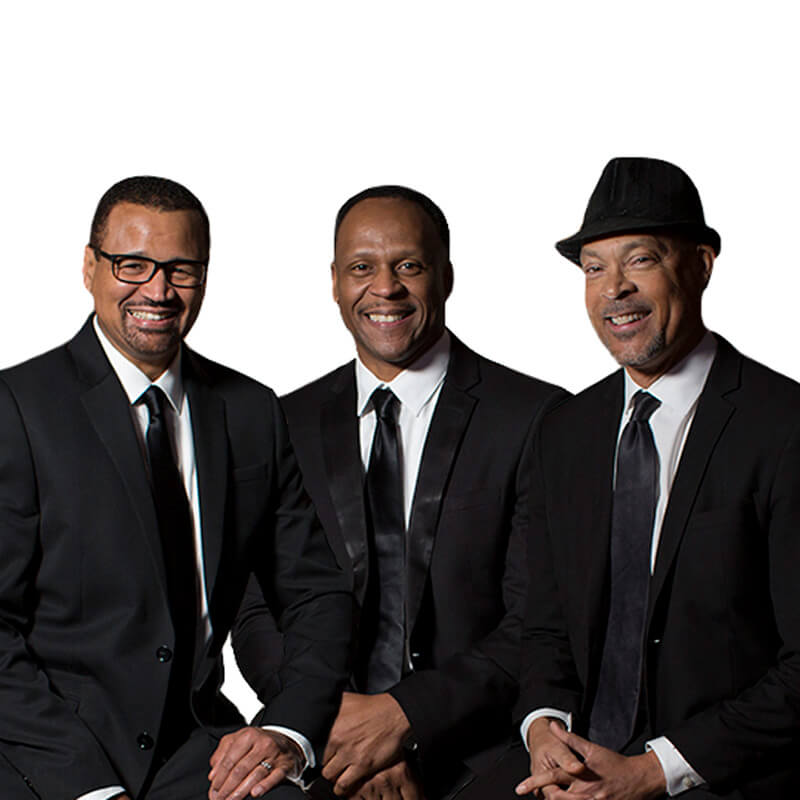 Al Turner, Ron Otis, and Tom Braxton’s love of creating music and performing with each other led to the formation of their own super-group, A.R.T. Each are members of GRAMMY® Award-Winning guitarist Earl Klugh’s touring and recording band. Just as their name implies, the three masters not only create great music in their own right – but when together, something extra special emanates – ART is created for all to enjoy!

Bass guitar impresario, Al “The Burner” Turner has played professionally since the early ’80s. Recording and working with Earl Klugh since 1994, he is also the musical director for Earl Klugh and KEM. Al has recorded with artists including Aretha Franklin, Anita Baker, Earl Klugh, Oleta Adams, Nancy Wilson, Bob James, Randy Crawford, Ron Isley, Patti LaBelle, and Gladys Knight.  Anita Baker proclaims, “The Burner holds it down. Locks it up right and tight.” and R&B Superstar KEM calls Al Turner, “the baddest bass player in the world.” Turner maintains an unbelievable schedule, touring with Bob James, Oleta Adams, KEM and Klugh. Al’s nationally successful fifth CD is This Is. His artistry exceeds category and has been featured in many television and radio commercials.

Ron Otis grew in Detroit Michigan and at the age of five discovered drums and never looked back. By 16, Ron was playing in local clubs around the Detroit area. He has been working and recording with Earl Klugh since 1994 and has also performed and recorded with the very best in the music world including Nancy Wilson, Aretha Franklin, KEM, Bob James, Keith Washington, and R&B singer Tyrese. Ron maintains a busy touring schedule performing with Earl, KEM, and Bob James while making time for his session work.  With a desire to try music writing and producing, Ron released his debut album Up Front in 2009. He wrote or co-wrote 8 of the 9 songs on the album. Ron again displays his writing, producing and playing chops with his CD, Stay in Your Lane which travels the musical road map featuring wonderful original Contemporary Jazz and R & B tinged vocal tunes along with a great re-imagination of the Marvin Gaye classic “I Want You.”

Jazz saxophonist Tom Braxton has garnered critical acclaim while thrilling audiences of all ages from coast to coast and abroad for over two decades. From Africa to Japan, from New York to L.A., Braxton's distinct, melodic sound leaves audiences astounded, clapping, and on their feet screaming for more!

Tom's music is heard on radio and television airwaves worldwide, and his albums have hit numerous jazz charts including, Billboard, RadioWave, SmoothJazz.com, Groove Jazz Music, Capital Jazz Radio, and Amazon. Jazz Review calls Braxton "One of smooth jazz's most prolific saxophonists...with all the required tools to become a major force."

In the summer of 2020, Braxton signed with Innervision Records and released a single entitled "Lookin' Up". This fun, upbeat track was written and produced by Los Angeles keyboardist Herman Jackson.  In February of 2021 the second single, “Hope for Tomorrow”, was released. It is an uplifting duet that features jazz icon Bob James.  Tom's new album, also entitled Lookin' Up, is scheduled for release on August 6, 2021.  Additionally, this versatile instrumentalist has recorded nine albums including, The Other Side (2016), The Next Chapter (2014), Endless Highway (2009), and Imagine This (2007) on the Pacific Coast Jazz label and Bounce (2005) on the Rendezvous label. The Next Chapter features Grammy winners Bob James, Earl Klugh, and Ricky Lawson, as well as one of Smooth Jazz's most beloved guitarists, Peter White, who all lend their amazing talents to stellar duets with Tom's lyrical saxophone.

In 2017, Tom and his father were inducted into the highly coveted West Texas Walk of Fame. He has also been a featured artist and fan favorite on the Smooth Jazz Cruise for over 12 years. This charismatic performer has been a headliner on the Algarve Smooth Jazz Festival in Portugal, the Stanbic Jazz Festival in Ghana, the Smooth Jazz Europe Festival in the Netherlands, and the Nile Gold Jazz Safari in Uganda. Tom was also showcased at the Java Jazz Festival in Jakarta, Indonesia. Braxton joined Earl Klugh’s band in 2013 and toured all over the U.S., South Africa, Malawi, Mozambique, Ghana, and Japan. He has also performed with Keiko Matsui in Russia, Eastern Europe, Malaysia, and Japan.