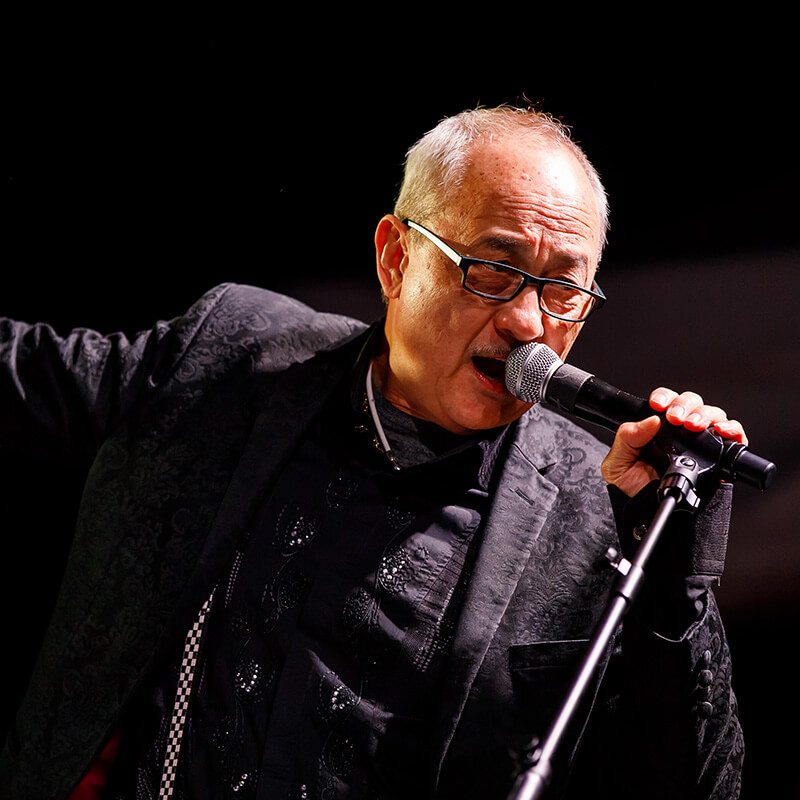 David Lee Spradley, born in 1954 in Seoul, South Korea, was adopted and brought to the United States where he became a U.S. citizen. His love of performing started at the age of four when he discovered his adopted grandmother’s old upright piano. He also enjoyed playing guitar and drums. David majored in music at Oakland University in Rochester, MI.

David has also composed many songs throughout his career, the most famous being, “Atomic Dog,” with George Clinton.  This song has the distinction of being one of the most sampled songs in the industry, most notably, by Snoop Dogg in, “What’s My Name,” a multi-million seller.  It has also been featured for the last two years on the e-Trade TV commercial.

David also had his own band based in Detroit called, “D. Lee and The Edge.” He produced and released two albums with the group, “In Pursuit of Phatness,” 1998 and re-released in 2018, and 2005’s “Fabulous”. These, along with his 2014 solo release, "Back To Basics - A Pop Thang” are available at www.cdbaby.com. These and other unreleased songs are featured on his website, www.dleesmusic.com.

David Lee has worked with Grammy Award-winning guitarist, Earl Klugh, since 1993 performing in concerts all over the world and in the recording studio. Earl’s last band album, “The Spice Of Life,” on which David performs, was nominated for a 2008 Grammy Award.